The winner of the Louis Blecher Outstanding Lifetime Achievement Award is:

Professor de Jong held positions in University (analytical chemistry, pharmaceutical quality) and industry (pre-clinical development, regulatory affairs) and was involved in activities at the Dutch, French and European Pharmacopoeias (last as Chair of the European Pharmacopoeia Commission 2007-2010). He was also one of the founding fathers of IPEC Europe (2 times chairman and many years of board-membership).

The winner of the Ralph Shangraw Memorial Award is:

Paolo Columbo, Ph.D., Professor of Pharmaceutics, University of Parma.Dr. Columbo received his PharmD in 1968 from the University of Pavia, Italy, PhD in Pharmacy. He started University of Pavia, Fellowhip holder in 1970 until 1986 - Associate Professor. This was followed by University of Parma in 1986 as Full Professor until 2012 - Senior Member, Department of Pharmacy. Most recently he started a new line of research dedicated to the powder for inhalation and also to pressurized meter dosed inhalers. In this field the use of excipients is critical since the number of them approved is very low. The use of excipients in his scientific work is extremely innovative resulting in many patents filed on drug formulation (over 40), several of them with pharmaceutical companies.

The winner of the Industry Research Achievement in Excipient Technology Award:

Ali Rajabi-Siahboomi, Ph.D., VP & Chief Scientific Officer, Colorcon
He obtained his B.Pharm & Ph.D. in Pharmacy from University of Nottingham (UK). His main research interests are in the area of solid dosage form pharmaceutics and pharmaceutical technology with emphasis on oral drug delivery systems. The majority of his research focused on the development, characterization and application of various excipients for oral dosage form.

Five Graduate Student Scholarships have been awarded to the following individuals:

Mr. Zhonggiang (Jacky) Lin, University of Maryland: Quantification of the Extent of Coalescence of Ethylcellulose Films using Permeability and Spectroscopic Methods – Purpose: To use the water vapor permeability of ethylcellulose (EC) pseudolatex cast films at different stages of coalescence during the curing process to quantify the extent of particle coalescence.

Ms. Pinal Mistry, University of Minnesota: Role of the strength of drug-polymer interactions on the molecular mobility and physical stability of amorphous solid dispersions – Purpose: To investigate the effect of specific drug-polymer interactions (ionic or H-bonding) on the molecular mobility and the physical stability of ketoconazole solid dispersions. 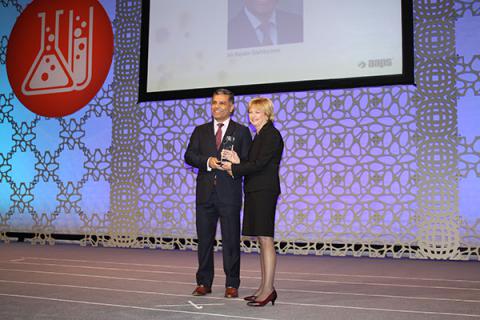 Donate Now for the Future

Join us to shape the future by energizing research in excipients through education and scholarship.

The IPEC Foundation awards grants-in-aid, travel, and meeting grants to qualified individuals and organizations, as well as grants to institutions of higher education.